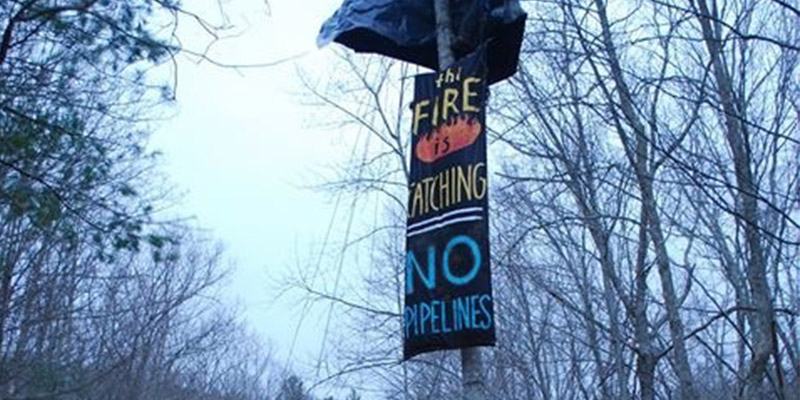 In the rural communities along the Mountain Valley Pipeline’s 303-mile route through West Virginia and Virginia, not much has changed since trees were felled in early 2018.

Rampant distrust has grown since the big gas companies came in and utilized Eminent Domain laws to strip away a 125 foot wide swath of land through some of the densest forest stands on the East Coast.

Reassurances have been given that all environmental regulations are being met or exceeded; however, landslides, sediment-choked trout streams and damage to scenic trails suggest otherwise.

There has been concern that the natural gas pipeline is unnecessary and will only benefit the massive corporations while using local taxpayers’ resources.

Are all of these concerns warranted? After nearly two years of pipelining through mountainous terrain, it seems like they are. The Mountain Valley Pipeline has been moving at a fraction of the speed it was intended, which is mostly due to the fact that two Federal permits were revoked in 2018 after it was found they were incomplete. Local opposition has garnered the attention of national media and protestors alike, which has resulted in everything from peaceful tree sits and campouts to creating human chains on equipment and pipes. This has undoubtedly slowed down the progress of construction. The lack of progress on steep mountain slopes only worsens the environmental degradation that is caused from operating heavy equipment on rocky, unstable soil.

The issue of eminent domain has arisen once again with the Supreme Court’s denial of an appeal from local landowners. It comes at a time when the natural gas industry is reeling from having an excess of natural gas on hand, which begs the question: why was this pipeline even necessary?

For more information regarding the Appalachian pipeline controversy or other environmental concerns, please contact Daniel Danko at (410) 409-1346 or ddanko@ei1.com.